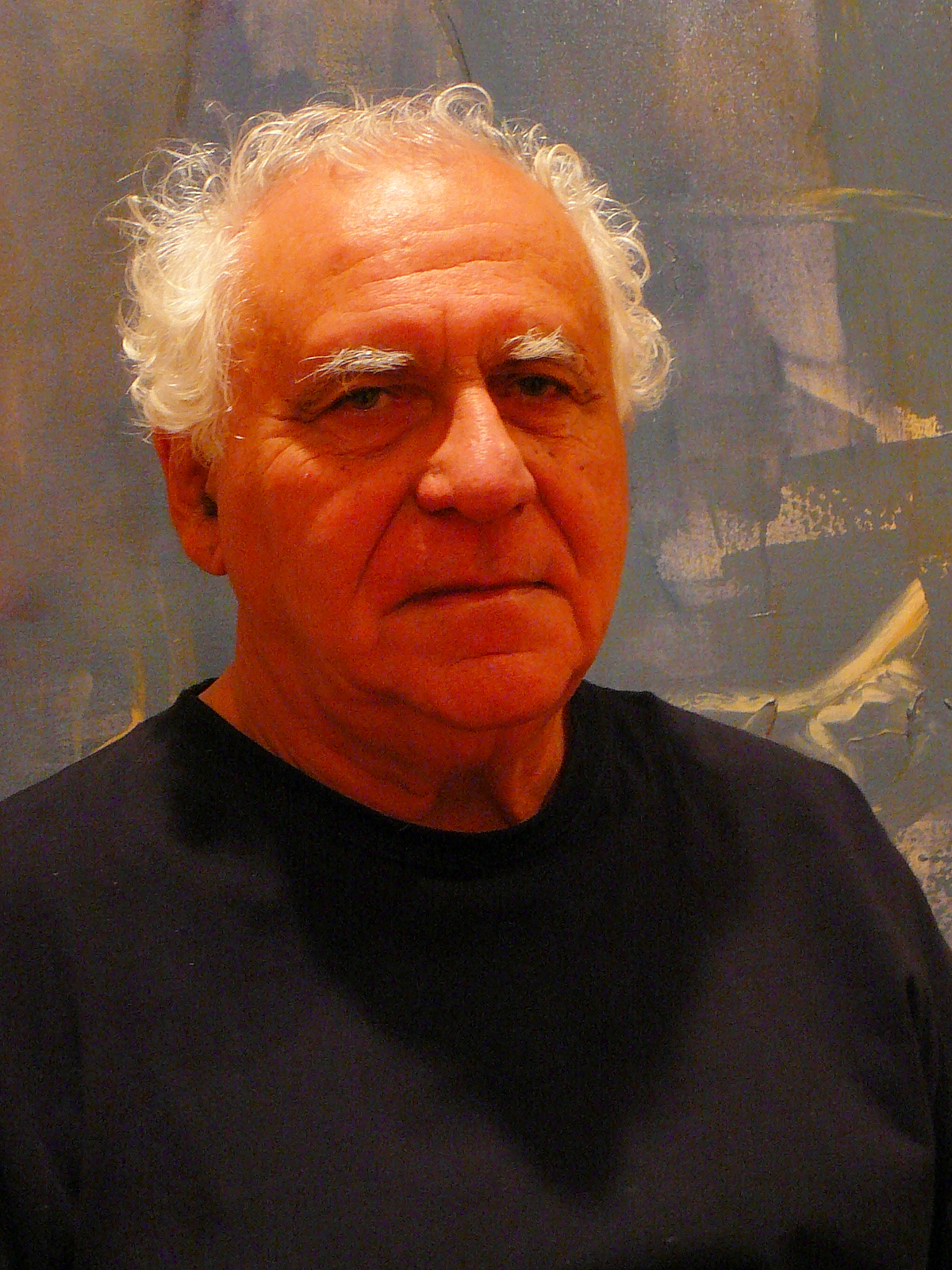 painting the reality of the mind in hot wax, oil, and acrylic

Alan  began making sculptural forms in 1973, culminating in a show at the Jewish Museum in Philadelphia in 1985.  Purely by accident he discovered abstract painting that very same year through a workshop at Bennington College, and never looked back.  He has continuously focused his attention on conceptual areas, such as, "the life cycle", "deconstructions", "ancient healing", and mostly "abstract expressionism." Finding order out of chaos is his singular purpose.  Whatever the direction, the work is always influenced by Joseph Campbell, the noted mythologist, who Soffer considers his mentor since the Campbell interviews in 1988 by Bill Moyers.

An amazing encaustic painting by David Siqueiros, exhibited at MOMA in NYC, lead to incorporating this modality following studies at Ringling School of Design in 1998.  .   Encaustics allowed Soffer to marry a sculptural component to his painterly approach.  The hot, pigmented wax's inherent translucency perfectly supports his vocabulary for expressing space from the microscopic to the galactic, and continues as his main direction to this day.

Around 2000 opportunities emerged for teaching encaustics, which was just beginning to gain popularity.  In 2005 Soffer organized the first national conference on encaustics in the US and curated an exhibition surveying artists from across the country, which travelled to five venues from Maine to California.  Further workshops developed primarily in the area of abstract painting, which he thought was being neglected.  These workshops, which he conducts with his artist wife, Libbie Soffer, now are given internationally, as well as, at his studio outside Philadelphia.